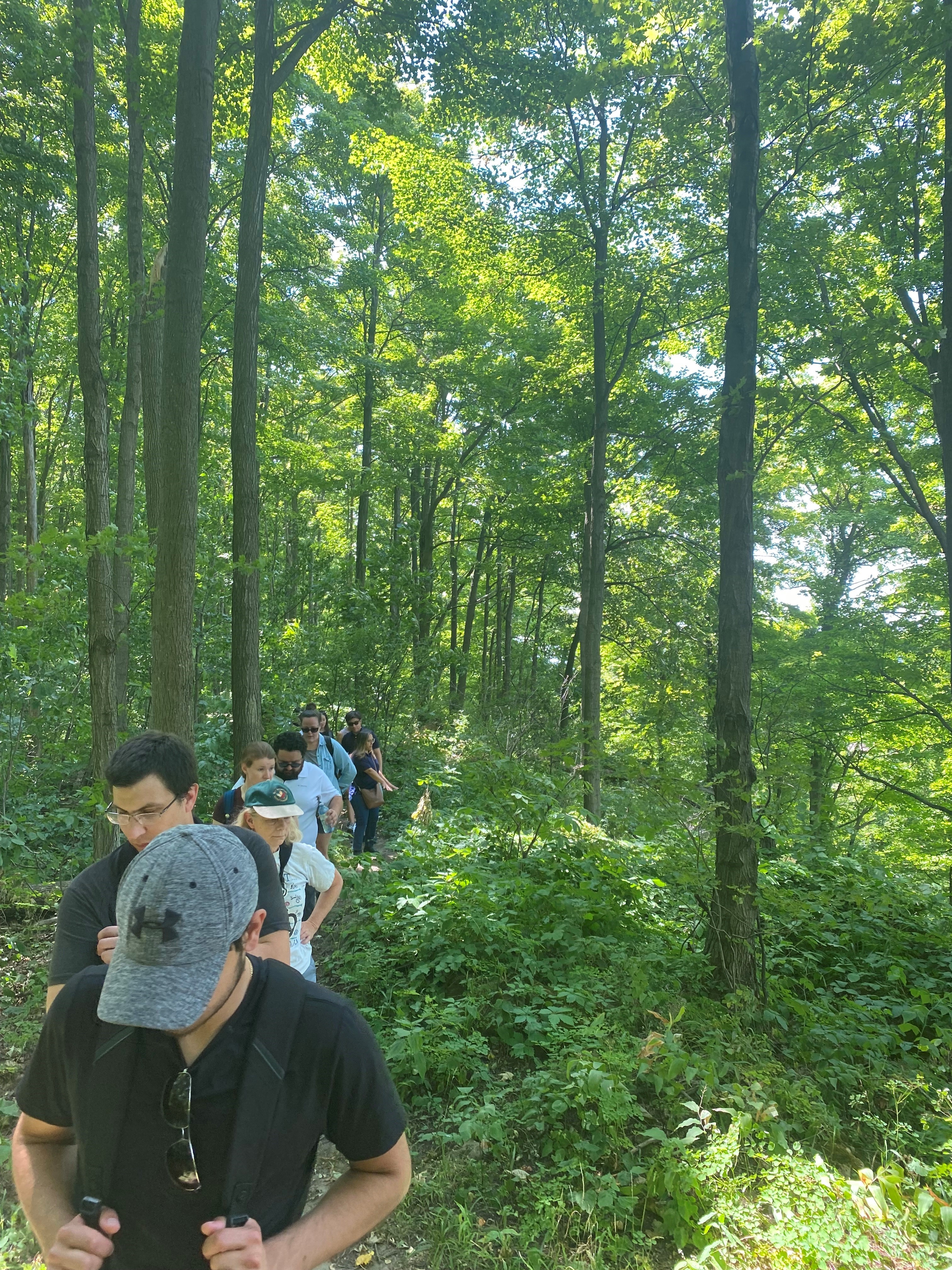 On July 15, 2022, UrbanSolutions team members Stefano and Laura participated in the Cave Springs Hike and Winery Social organized by Amber Lindsay of Valery Group and in partnership with Ontario Professional Planners Institute (OPPI) and Western Lake Ontario District (WLOD).  The event took place at Cave Springs Conservation area and Cave Springs Vineyard. The hike was guided by Alicia from the Niagara Peninsula Conservation Authority (NPCA) who highlighted many interesting facts about this Cave Springs trail. For example, did you know that on March 25, 1962 the first blaze on what was to become the Bruce Trail was initiated by members of the Niagara Escarpment Trail Council. In the early 1970s, this property was owned by Margaret Reed who lived in the now overgrown red barn shown below, which sits atop a rocky ledge and overlooks acres of vineyard. Margaret eventually donated this land to the NPCA who now own and maintain this land and the surrounding trails. NPCA is currently undergoing low impact development to the trailhead of the Cave Springs Trail by constructing a parking lot for users of this trail. In addition, the NPCA is in the early stages of creating a 1km accessible trail as part of their Cave Springs Master Plan.  Along the hike Alicia from the NPCA highlighted many key areas of the trail including going into a cave which early settlers used as refrigeration in the hot summer months as the caves get cooler the further down they go. Today you can find ice in theses caves even in the summer months! In addition to this Alicia also pointed out a stone carving which at first glance appears to have been created by a past Indigenous community; however, the NPCA has actually dated it to the 1940s as likely an homage to the region’s cultural history. Ancient lore states that a farmer was walking its horse when he fell into an underwater cave and creating the areas name of Cave Springs.  Margaret Reed fondly spoke of the springs’ reputation as a ‘Fountain of youth’.

After the 1.5-hour hike, the participants took a short walk to the Cave Springs Vineyard tasting room to enjoy and taste a variety of wines via curated wine flights and a delicious charcuterie board that were crafted with local meats. Cave Spring Vineyard is classified as a sustainable grape grower and wine producer which means there is minimal intervention in the vineyard and in the cellars to allow nature to take its course growing the grapes. The UrbanSolutions team got to socialize with various members of the public and private sector across the Niagara and Hamilton Region. Thank you Amber, OPPI, WLOD, NPCA and all those who came out to support and learn about the cultural folklore and natural diversity of the area. 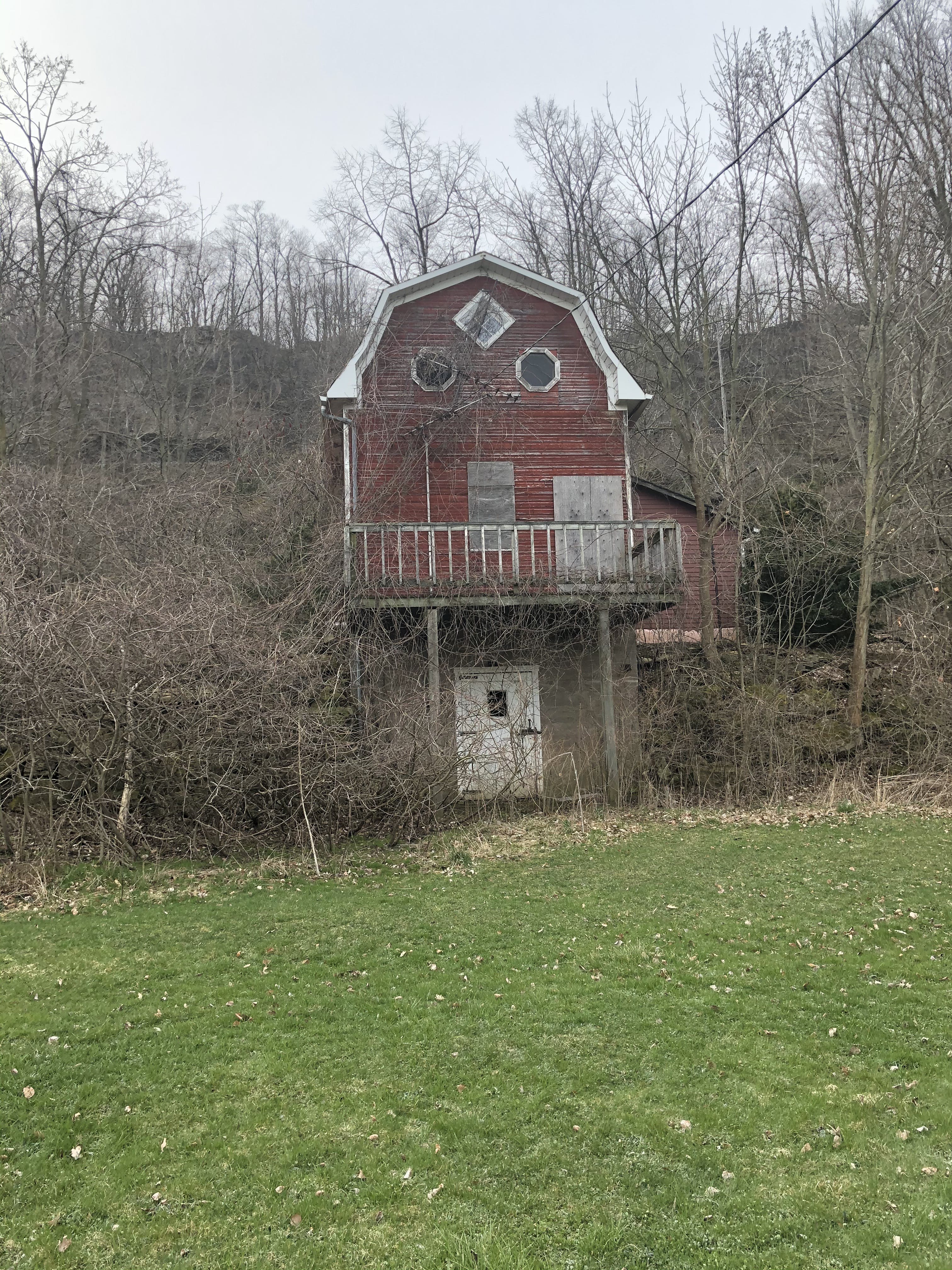 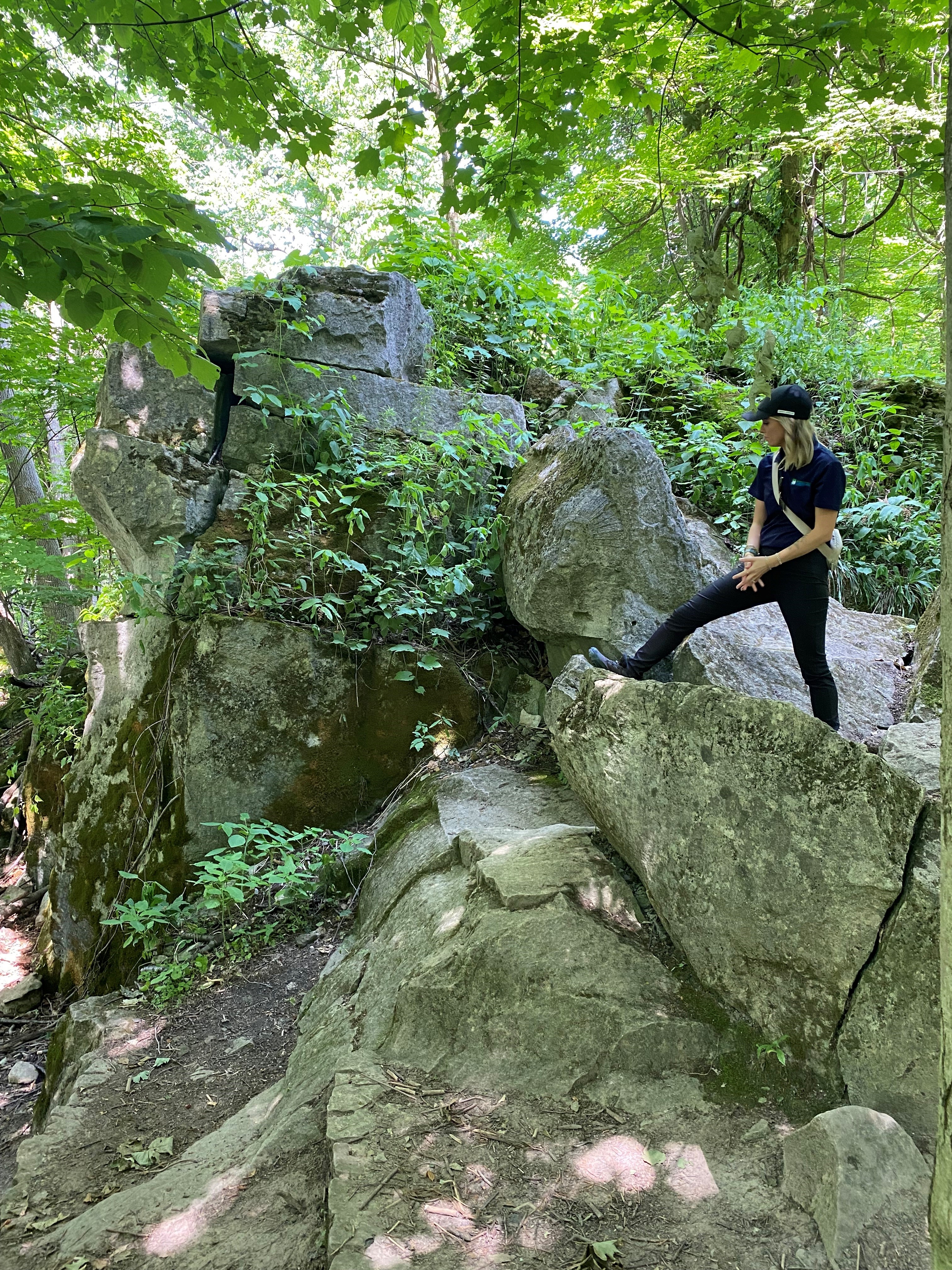 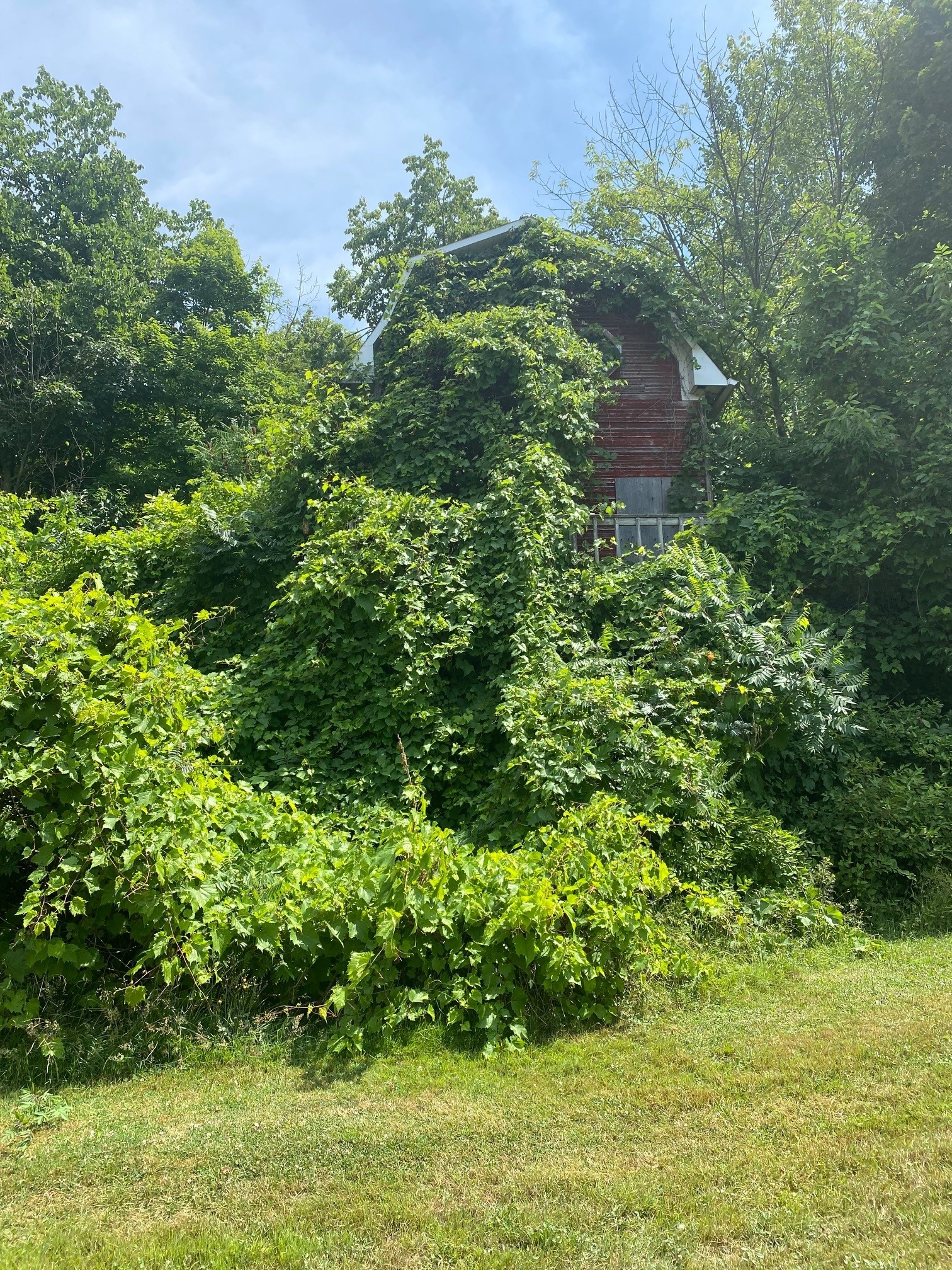 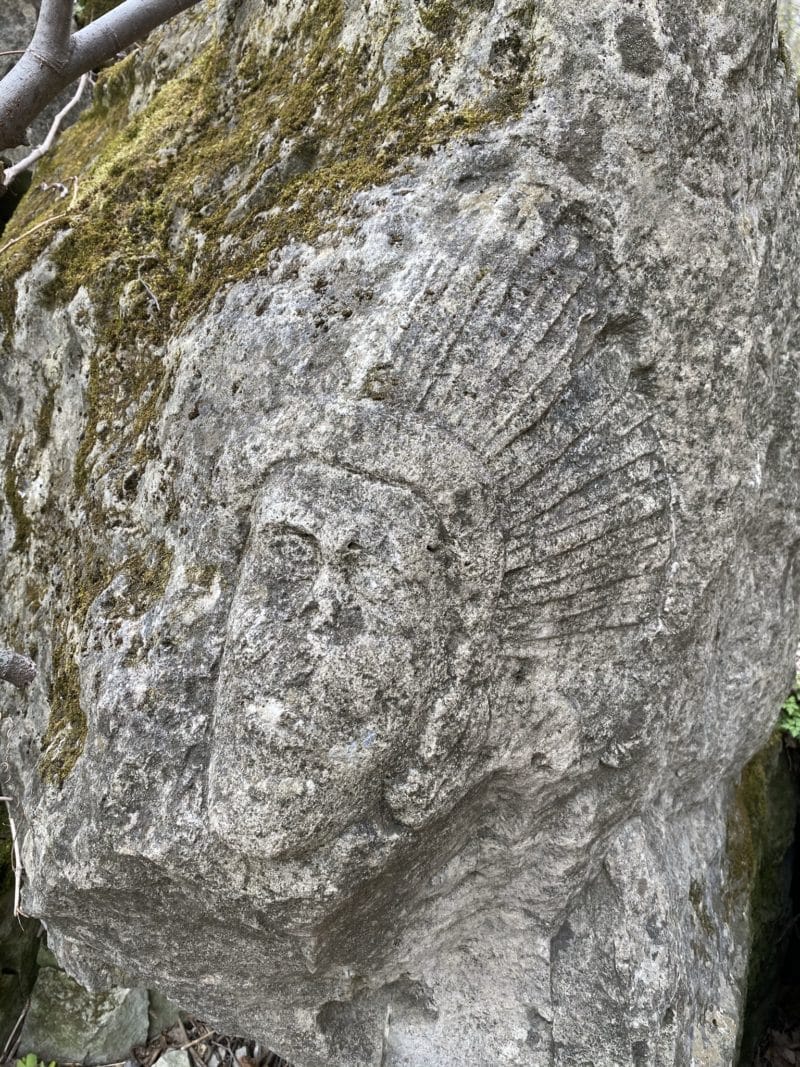 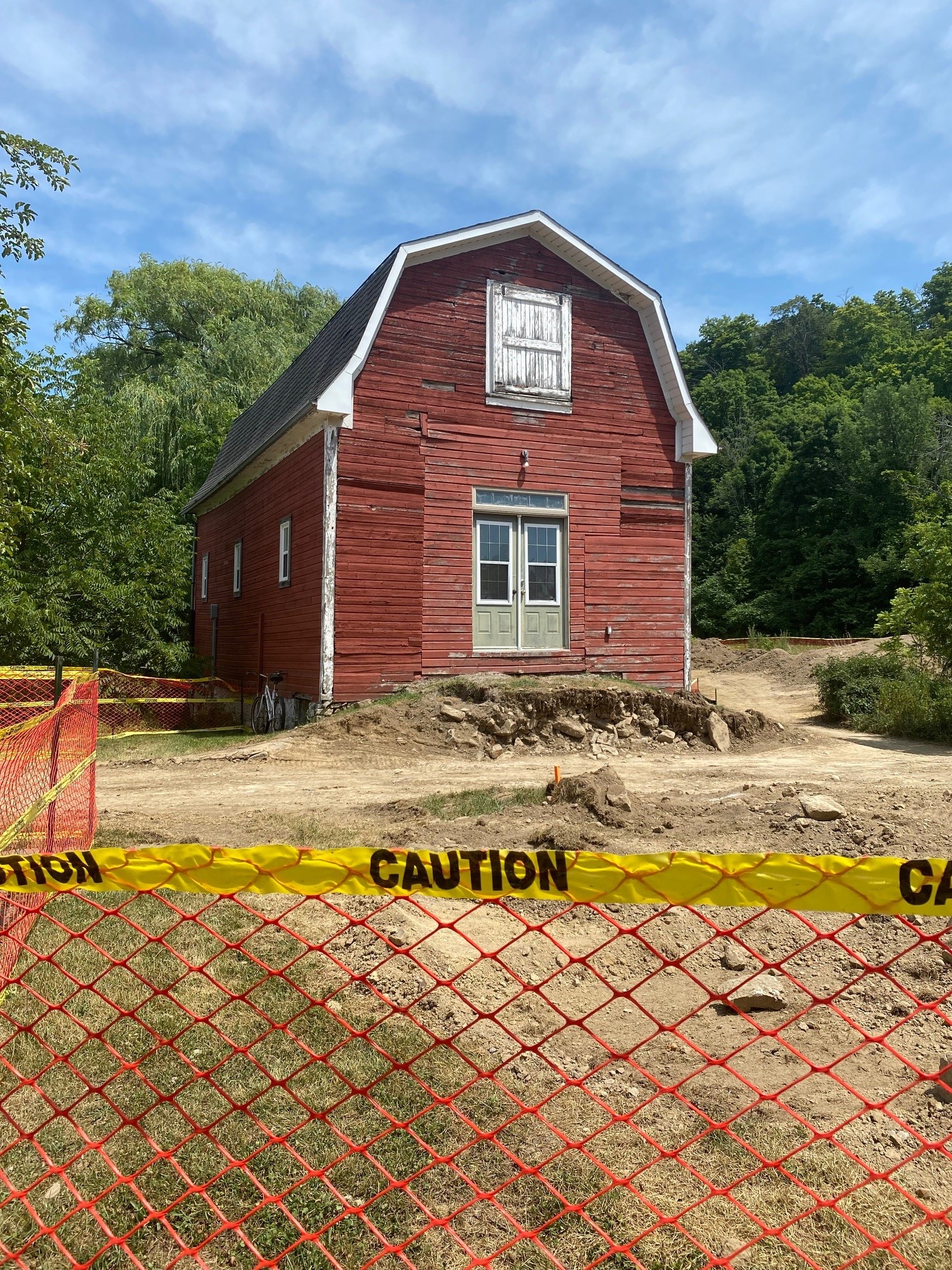 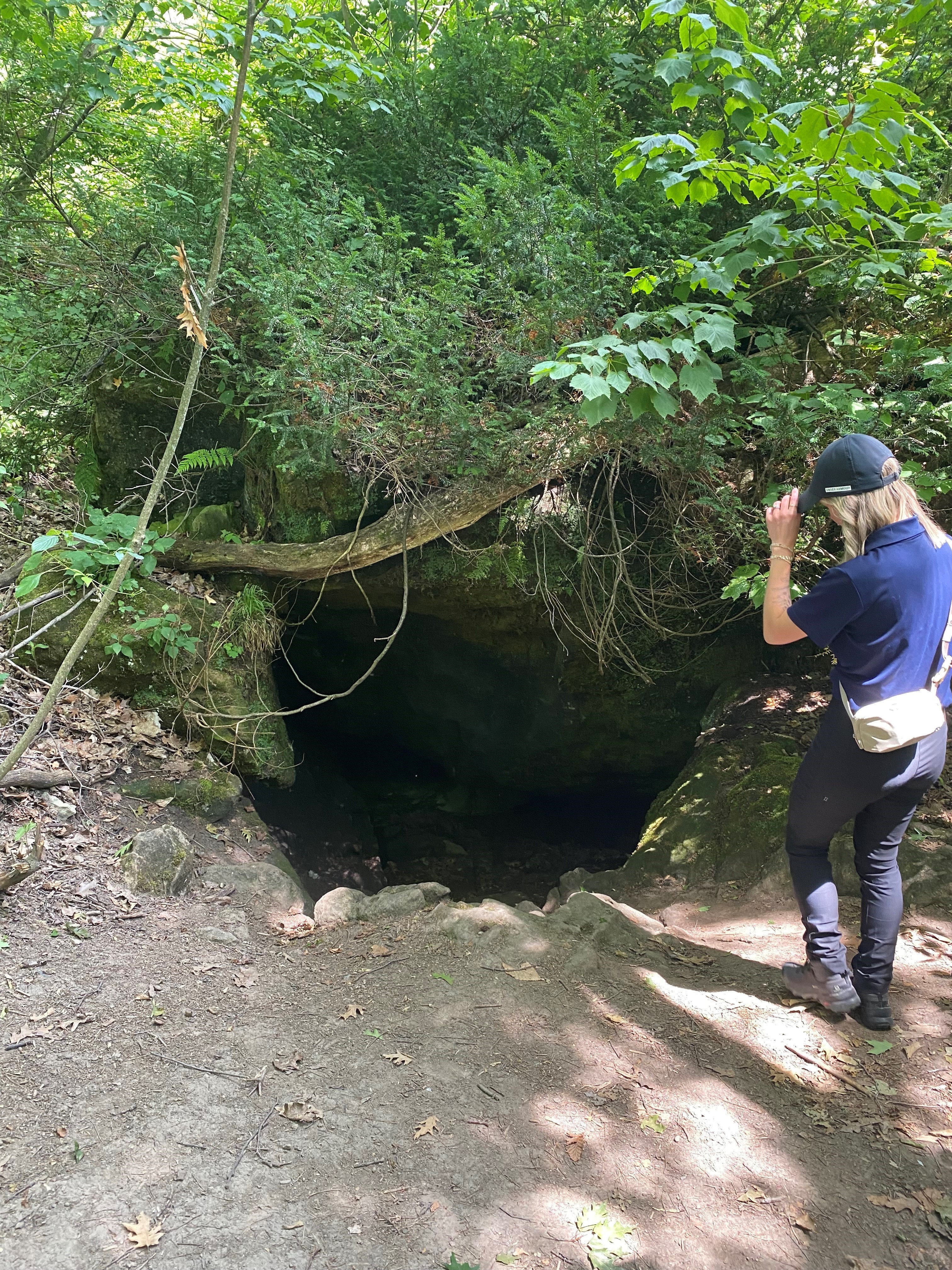 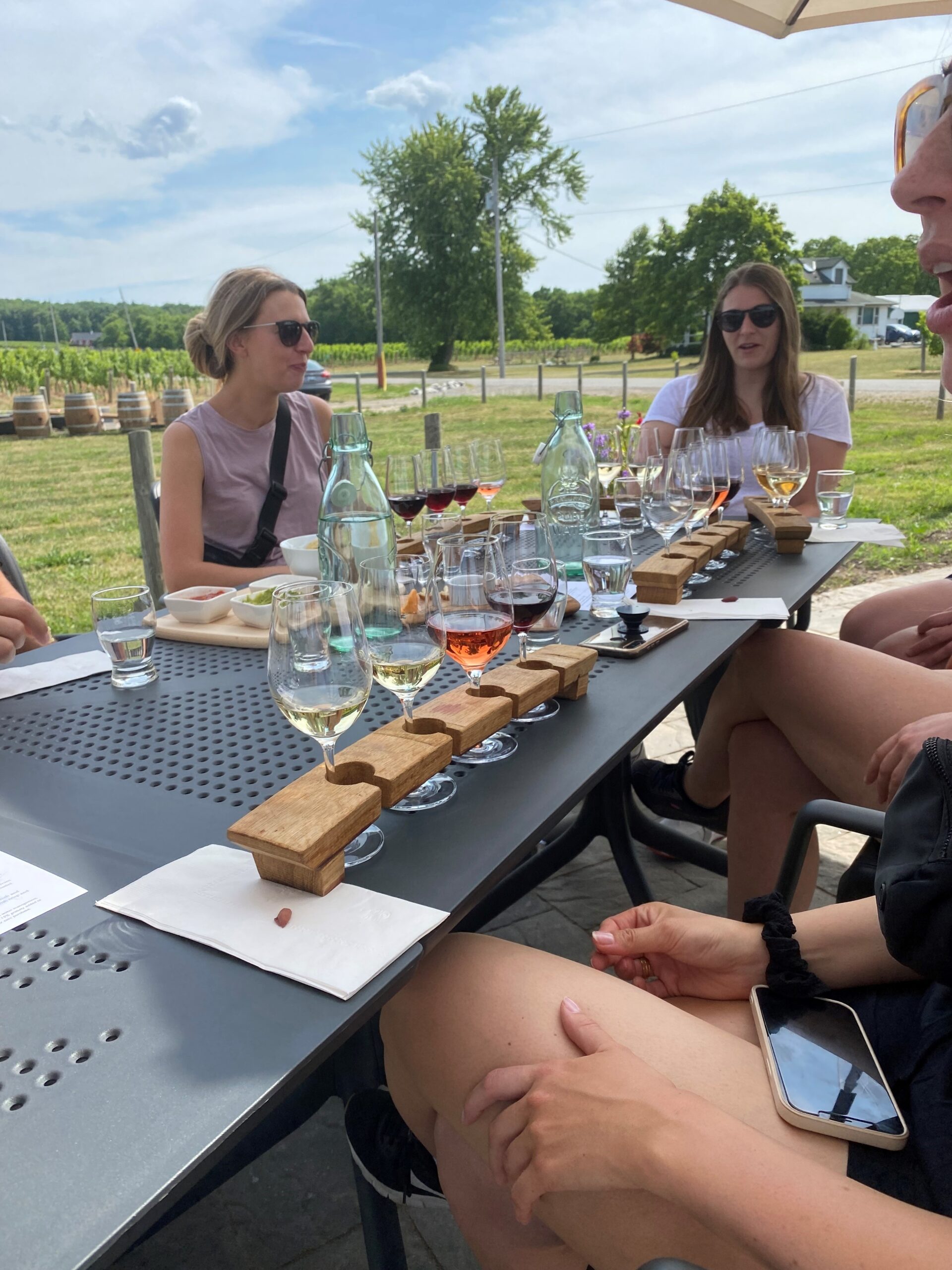