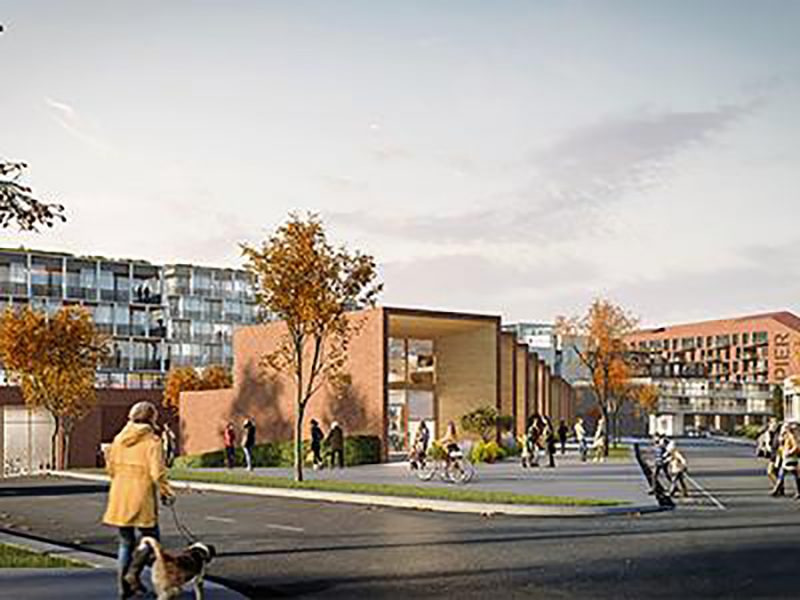 The City of Hamilton is leading the charge for revitalization in Hamilton’s North End, with plans for a vibrant mixed-use waterfront development at Piers 6, 7, & 8. The City’s Waterfront Development Office has submitted an application for Draft Plan of Subdivision and a Zoning By-law Amendment application for the City-owned lands. The development proposal includes establishing 18 blocks for medium density residential, mixed use, retail, waterfront commercial, open space, institutional, and utility uses. More information on the waterfront project and development applications can be found here.

The City is now reviewing the applications and holding community engagement events to discuss the development proposal. Victoria Coates of UrbanSolutions attended the latest event held at the Evergreen Community Storefront on Thursday August 18th, 2016. The City utilized the “Conversation Couch” series launched by Mr. Jason Thorne, MCIP, RPP, General Manager of the Planning and Economic Development Department for this event, which was hosted by Mr. Edward John, MRTPl, Housing and West Harbour Planner. Mr. John explained that the proposal has been guided by the Urban Design Study for Piers 7 and 8 at West Harbour which followed the direction provided in the West Harbour (Setting Sail) Secondary Plan. The Urban Design Study will be used to evaluate the development applications.

The event was well attended by local residents and featured a question and answer period about the development and application approvals process. Those at the meeting raised concerns about traffic and parking, and discussed the planned public open space and potential to provide affordable housing in the development.

Chris Phillips, Senior Advisor of the Waterfront Redevelopment Project, was also on hand to provide information about the development, which could see 1200 to 1500 residents living in the 14.8 hectare area. The proposal has been designed to prioritize public access to the water’s edge through the use of trails, boardwalks, and public space. A traditional grid street pattern with mid-rise buildings between 6 to 8 storeys is proposed in order to preserve views to the water.

Mr. Phillips advised that the City will be selling the development blocks to private developers, but will maintain ownership of the open space blocks and carry out infrastructure and public space improvements. The City is looking to pre-qualify bidders interested in acquiring the development blocks, as outlined in the Land Solicitation Process, found here. UrbanSolutions would be happy to meet with anyone interested in submitting a bid.

Thanks to @JasonThorne_RPP, @edwardhuwjohn and @ChrisPhillips68 for the informative event. We will continue to monitor the application process. Information on future community engagement events regarding this project can be found here.