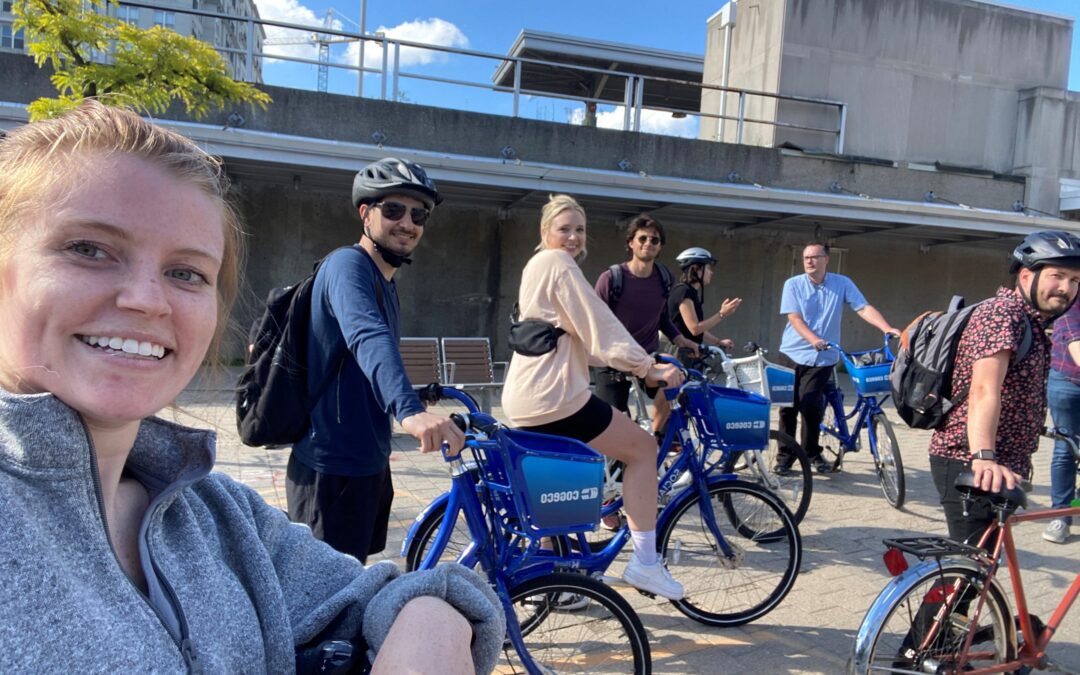 On June 9, 2022, four UrbanSolutions team members attended a Bike Tour around Downtown Hamilton. The ride was organized by Jennifer Roth, Senior Project Manager at the City of Hamilton, and its facilitation was aided by Zibby Petch, Associate Director of Active Transportation at IBI Group Hamilton, and Trevor Jenkins, City of Hamilton Project Manager of Sustainable Mobility Planning. The group totalled 25 members across different disciplines and from different cities around the Greater Toronto Hamilton Area. Laura, Lindsay, Matthew, and Stefano rented SoBi (Hamilton Bike Share Program) bikes and had a great time cycling around the city’s new and old cycling infrastructure.

Along the way, the group made 4 stops where they learned about the benefits and drawbacks of one-way and two-way cycling infrastructure, as well as some unique challenges transportation planners at the City had to face when implementing them in Hamilton. The two-way signalized cycling infrastructure along Bay Street greatly reduced cyclist/vehicle interactions when compared to non-signalized infrastructure, this resulted in a strong perceived sense of safety.  The group learned that a two-way bicycle lane is more space efficient than a one-way bike lane that line both sides of a street. This makes the implementation of signalized intersections significantly easier.

Recently implemented two-way cycling infrastructure along Hunter Street facilitated the group’s ride from Bay Street to Hamilton GO Centre, where the group stopped and conversed about one of the biggest challenge of implementing cycling lanes – the loss of on-street parking and/or loading areas. Many businesses downtown may rely on their street frontage for loading, but with the introduction of a dedicated cycling lane means businesses need to relocate and find more unique solutions to loading and unloading. This is a primary challenge that planners face when implementing these cycling lanes in urban areas where there are few secondary options to relocate said loading zones.

The same is true for residential neighbourhoods that rely on on-street parking, this challenge is a consideration when deciding where cycling lanes are and are not feasible. Some ways the city has gotten around this is to place the cycling lanes along the sidewalk and have parking along the outside, which adds the additional benefit of more protection for cyclists using the infrastructure. This is the case along Bay Street as well as some areas along Hunter Street East, where Right-of-Way width permits this design.

The bike tour was very informative and the team had an amazing time. A big thank you Jennifer, Zibby, Trevor, and everyone else responsible for putting together and facilitating the event. We look forward to next time!

Our route, stops, and some additional pictures from our trip can be found below! 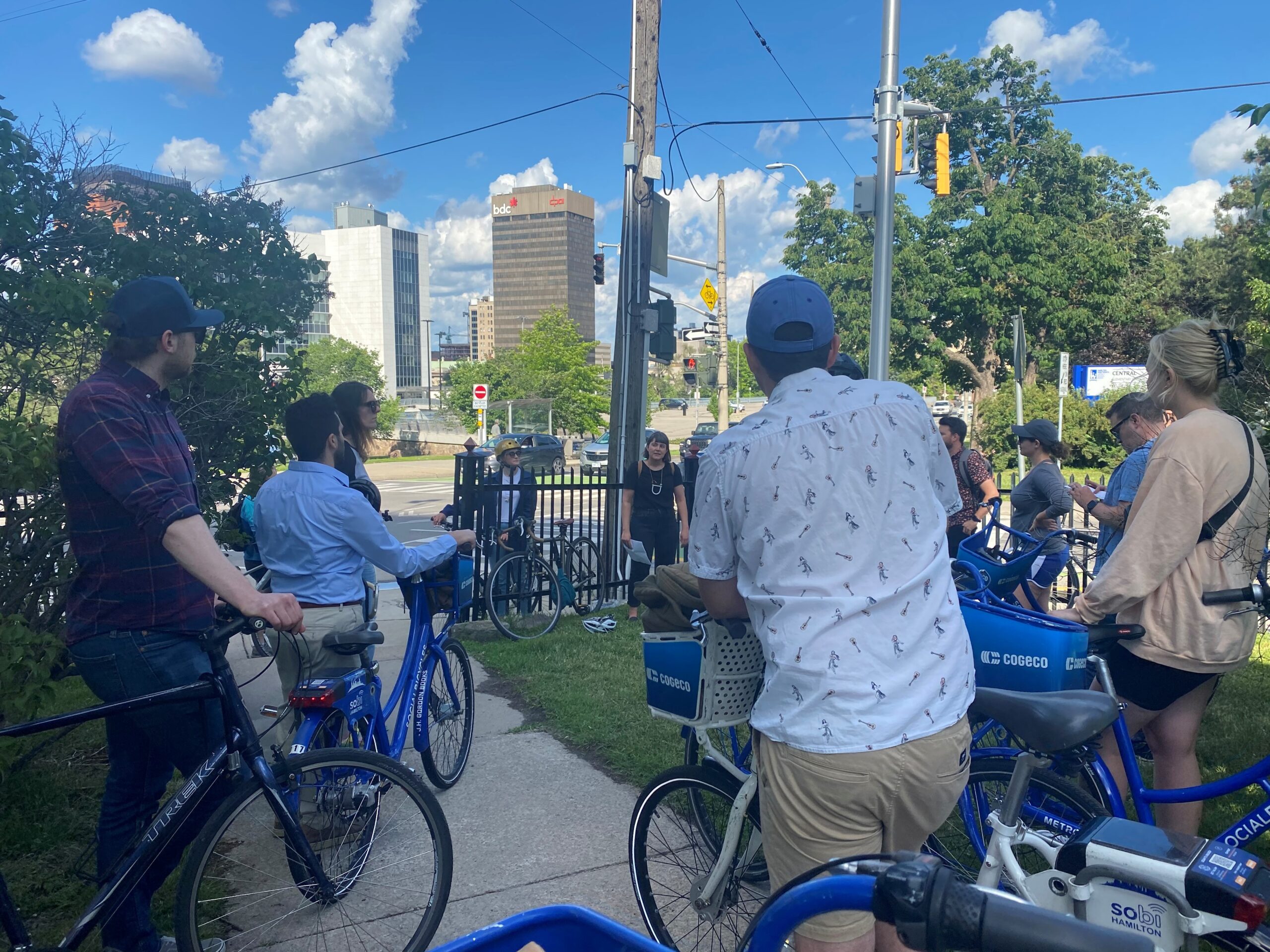 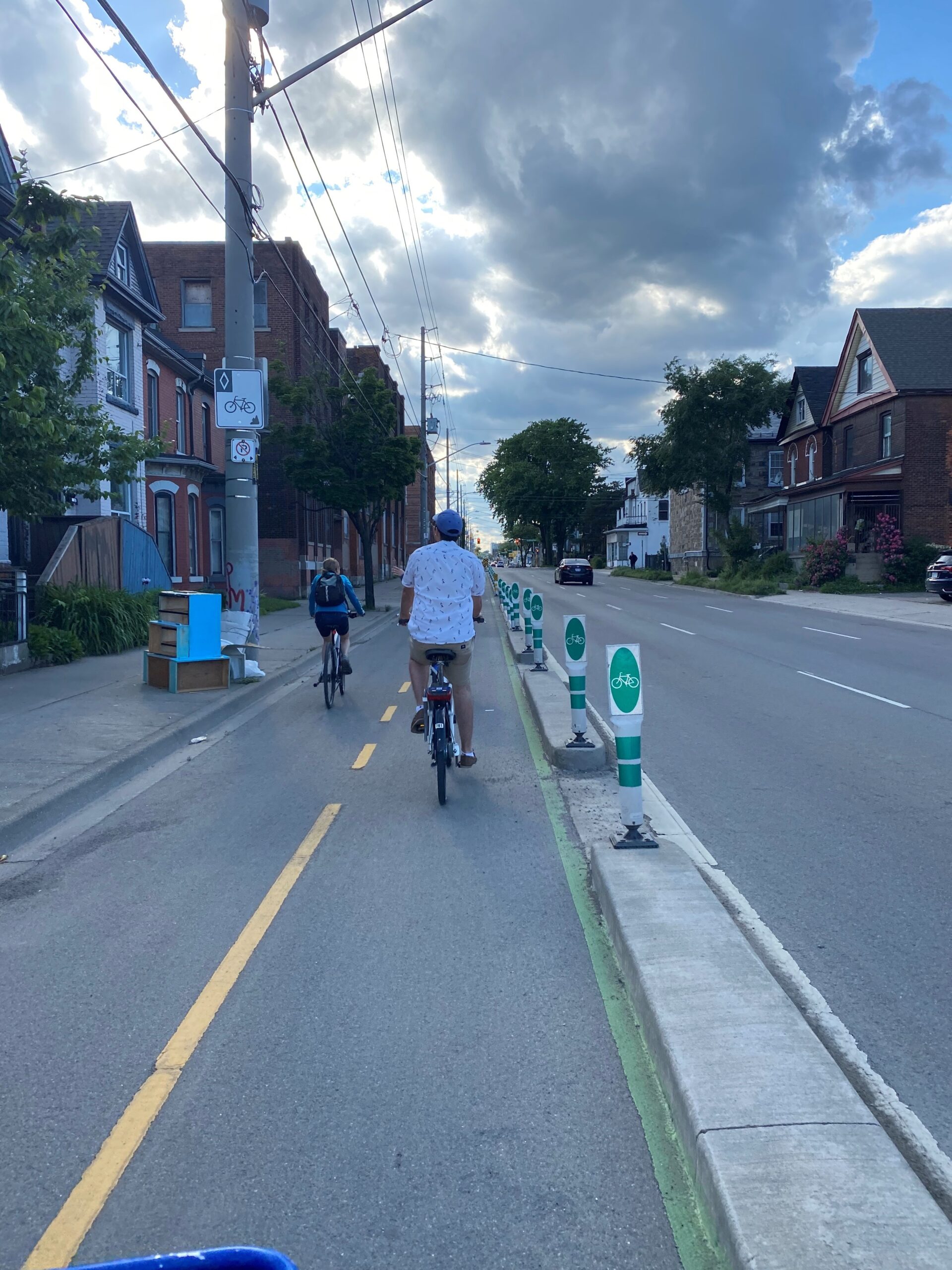 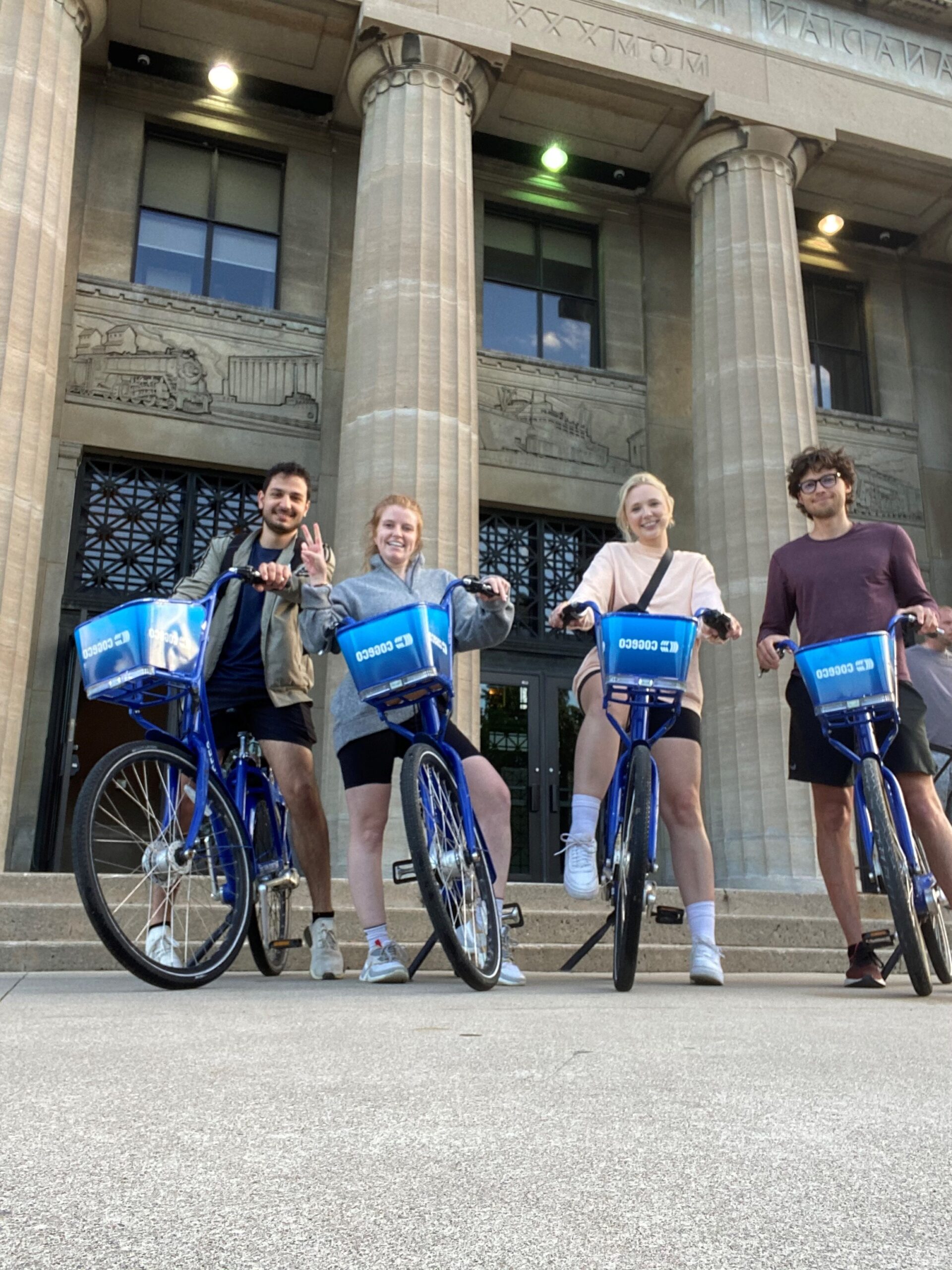