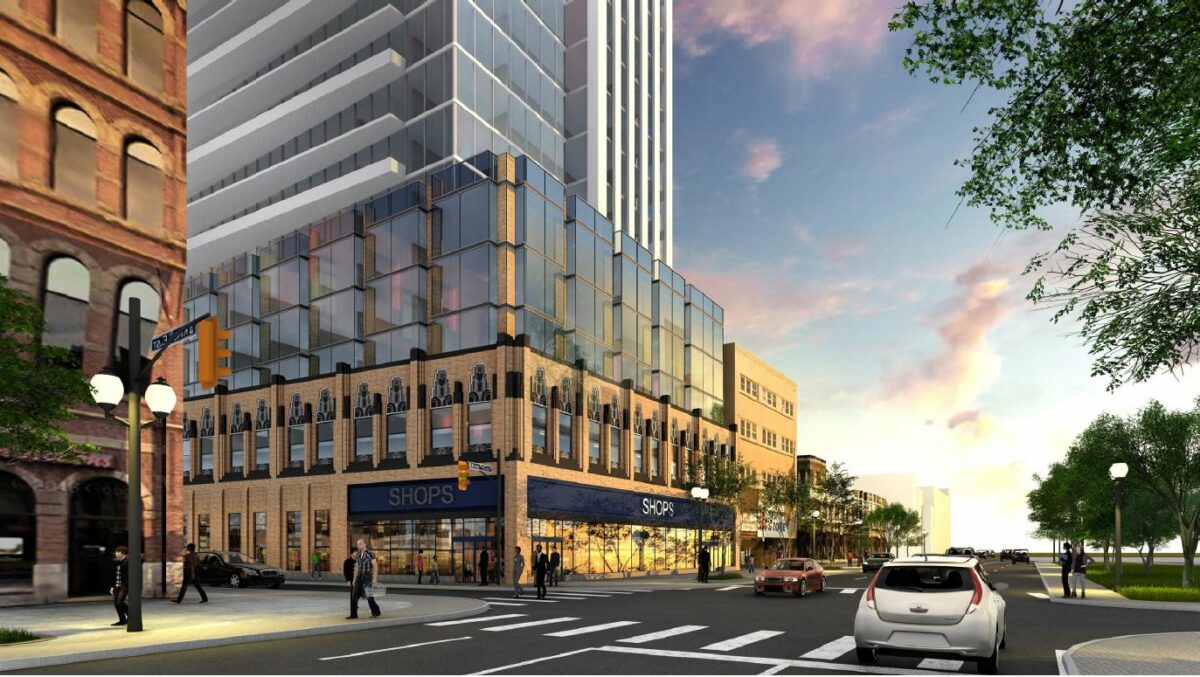 UrbanSolutions Planning & Land Development Consultants Inc. is the authorized planning consultant acting on behalf of The Hi-Rise Development Advisors Inc. (The Applicant) on behalf of L.i.U.N.A Local 837 (The Owner).

The subject properties are known municipally as 43-51 King Street East, Hamilton. The owner proposes to construct two towers (25 and 34 storeys) on podium ranging in height from 3 to 6 storeys. The buildings will have 528 residential units, served by 2 below grade and 5 above grade parking levels, having a total of 420 parking spaces. There will be approximately 1,869m² of commercial space provided in the building.

To facilitate this proposal, an application was submitted to the City of Hamilton on June 2, 2017 to amend the applicable Zoning By-Law. 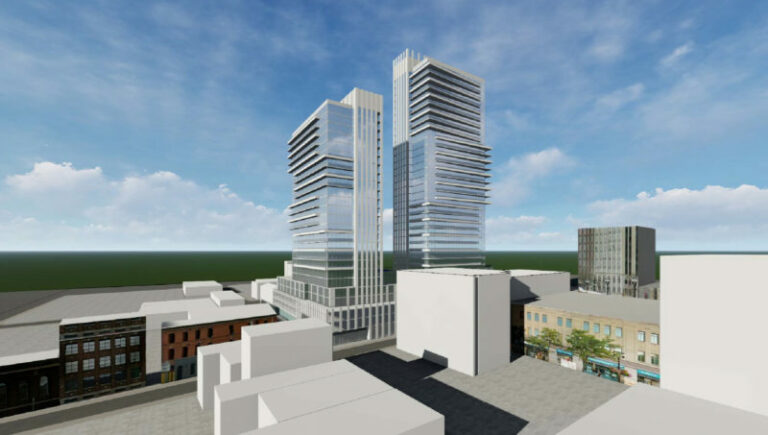 Prior to submitting applications for Zoning By-law Amendments to the City of Hamilton, the development concept participated in the City’s Formal Consultation process. Through this process, the required studies and reports to facilitate a complete application were identified. The following reports have been completed and submitted to the City in support of the proposal: Survey, Concept Plan, Concept Elevations, Planning Justification Report, Functional Servicing Report, Urban Design Brief, Phase 1 Environmental Site Assessment, Cultural Heritage Impact Assessment, Pedestrian Wind Assessment, Transportation Impact including Transportation Demand Management Report, and Public Consultation Strategy.

These reports have been completed and submitted to the City of Hamilton in support of the proposal and copies of the reports are available for you to review.

December 12, 2016 – The application went before the Development Review Team which confirmed a routine re-zoning application would be necessary.

April 13, 2017 – The property was presented at the Hamilton Municipal Heritage Committee where the recommendation to designate the property was denied.

June 2, 2017 – A Routine Zoning By-Law Amendment Application was submitted to the City of Hamilton.

Your involvement in this application process is welcomed and encouraged. The public participation process for any development application is prescribed by the Ontario Planning Act, R.S.O., c. P.13.

For details on how to formally participate in the planning process, please refer to the Notice of Complete Application or contact City of Hamilton Planner Daniel Barnett at daniel.barnett@hamilton.ca or 905-546-2424 ext. 4445

Also feel free to contact UrbanSolutions directly at comments@urbansolutions.info or 905-546-1087.